So who would have thought that at this point in the year we would all be at home, driving each other mad! 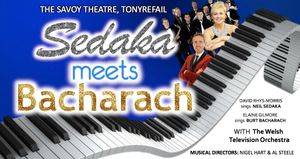 At Shabbey Road, we had just about finished the Elaine Gilmore album, 'Love Is Still The Answer' - The Songs of Burt Bacharach, and we were looking forward to the launch gig in a couple of weeks.
On the up side, Elaine posted up our video of 'What The World Needs Now Is Love', and it seemed to strike a chord as to date it has had 19000 views in less than two weeks! Maybe we can harness that interest to do something good for the world! 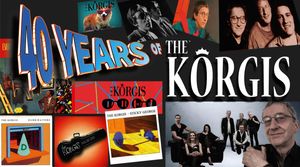 After The Korgis rip-roaring sellout show in Bath in January, we were looking forward to our flurry of gigs in May, beginning with The 100 Club in London and carrying on with a little tour of Holland.
Strangely the 100 gig has not yet been cancelled, but find it unlikely we will be virus free by the middle of May.
If the guidelines have relaxed a little by then, we may try to do a live session for the 'Upstairs @ Shabbey Road' series. That would be a lot of fun, and also brush some of the rust of the set! 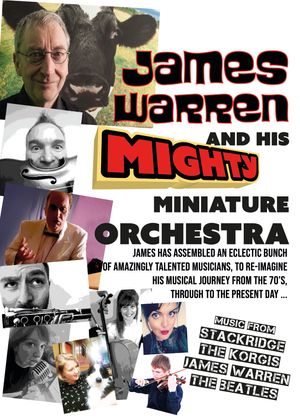 Before James Warren and myself put The Korgis back together we had started to write a couple of songs. At the same time he was completing a new solo album called 'Innocent Bystander', which he asked me to arrange some strings and brass for.
These were so successful that we hit on the idea of at some stage doing a gig with a small orchestra.
That idea began to take shape in February - musicians were booked - arrangements began to be written - and the lovely venue of The Rondo Theatre in Bath was chosen.
The band is to feature
James - Guitar/Bass and Vocals
Richard Mainwaring - Violin/French Horn/Trumpet/Percussion/Vocals
Pete Wilson - Keyboards/Woodwinds/Percussion/Vocals
Myself - Guitar/Bass/Keyboards/Percussion/Vocals

We are SO excited about this one, and are hoping and praying that the gig goes ahead on July 3rd.

Really hope that all our buddy's are keeping well, and steering through these financially and socially tricky times. It will come to an end, and we are hoping for much sooner, rather than much later!

Stay safe one and all, Al